A Spring Drive masterpiece from the Micro Artist Studio

A limited edition of just 50 pieces and celebrating the company’s 140th anniversary, SBGZ007 conjures the night sky of Achi, a village in the southern part of Shinshu that, due to its elevation, is well-known for its clear skies where the stars above appear to be within arm’s reach.

SBGZ007 is produced by the highly skilled watchmakers of the Micro Artist Studio, an atelier located within Grand Seiko’s Shinshu Watch Studio nestled between the idyllic Japanese Alps in Shiojiri, Nagano prefecture. Since its establishment in 2000, the Studio’s output has been nothing short of amazing. Notable accomplishments include the Credor Spring Drive Minute Repeater, Sonnerie, and Eichi watches, as well as Grand Seiko Masterpieces SBGD201 and SBGZ001, among others.

SBGZ007 features a distinct dial design with the hour and minute hands, as well as the hour index, rendered in 14k white gold. The Grand Seiko logo is carved into the dial. The case, done in platinum 950, measures 38.5mm in diameter and is engraved with a distinct pattern throughout. The pattern here is executed in different directions, a motif inspired by Japan’s Edo period. The engraver rotates the case while applying the pattern with a grinding tool, and because the tool leaves behind rough, deep-set grooves, they are then polished by hand to achieve the desired look and feel. Due to all the handwork that goes into the pattern, no two cases are the same.

Inside SBGZ007 is caliber 9R02, a compact, manual-winding Spring Drive movement created by the Micro Artist Studio. It has two mainsprings set in parallel within a single barrel and uses the Torque Return System to deliver a power reserve of 84 hours. The design is inspired by the natural splendor surrounding the Studio’s home, high in the mountains of central Japan.

SBGZ007 is a limited edition of 50 timepieces. 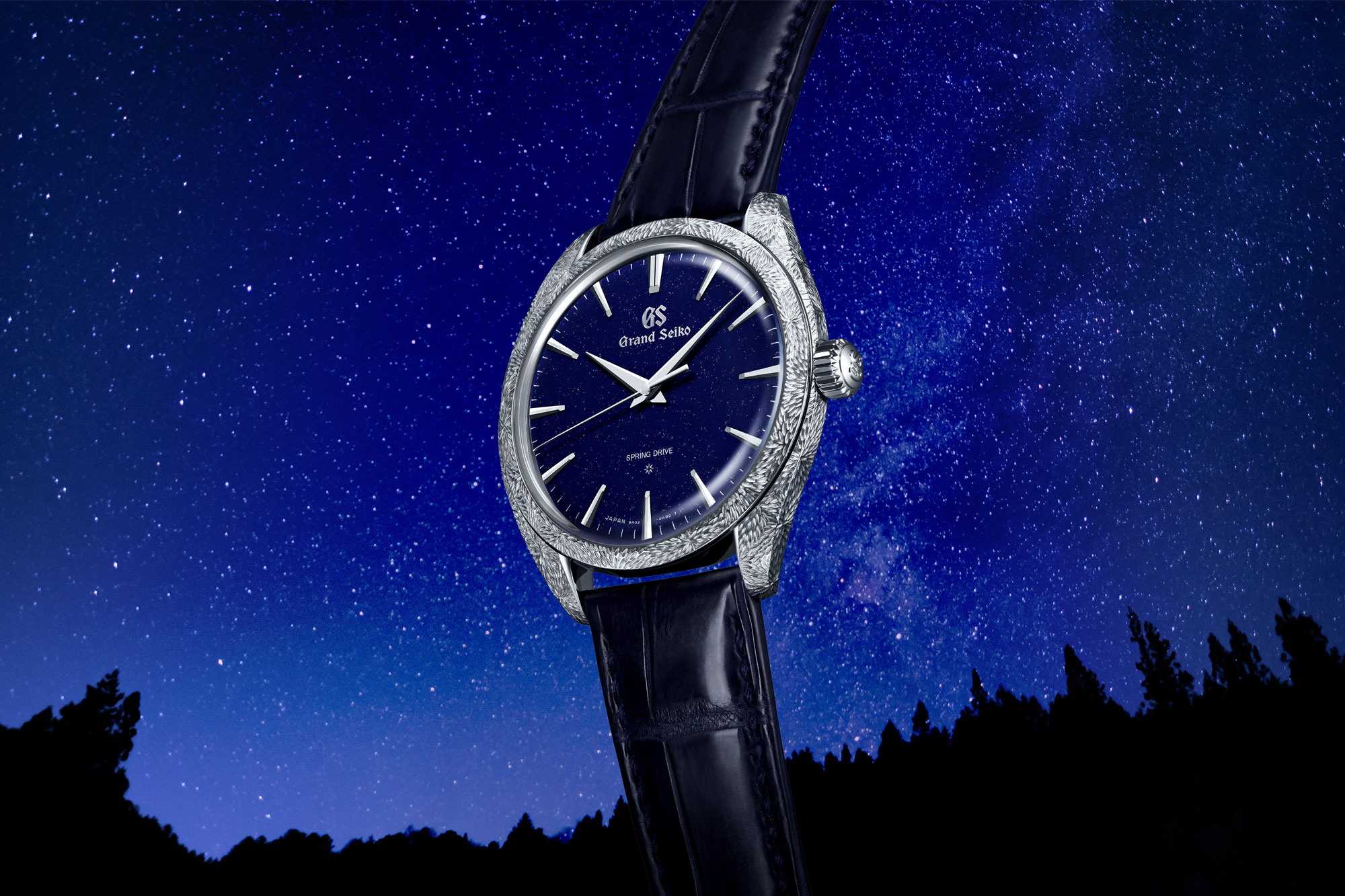 SBGZ007
A dial inspired by the Achi night sky. 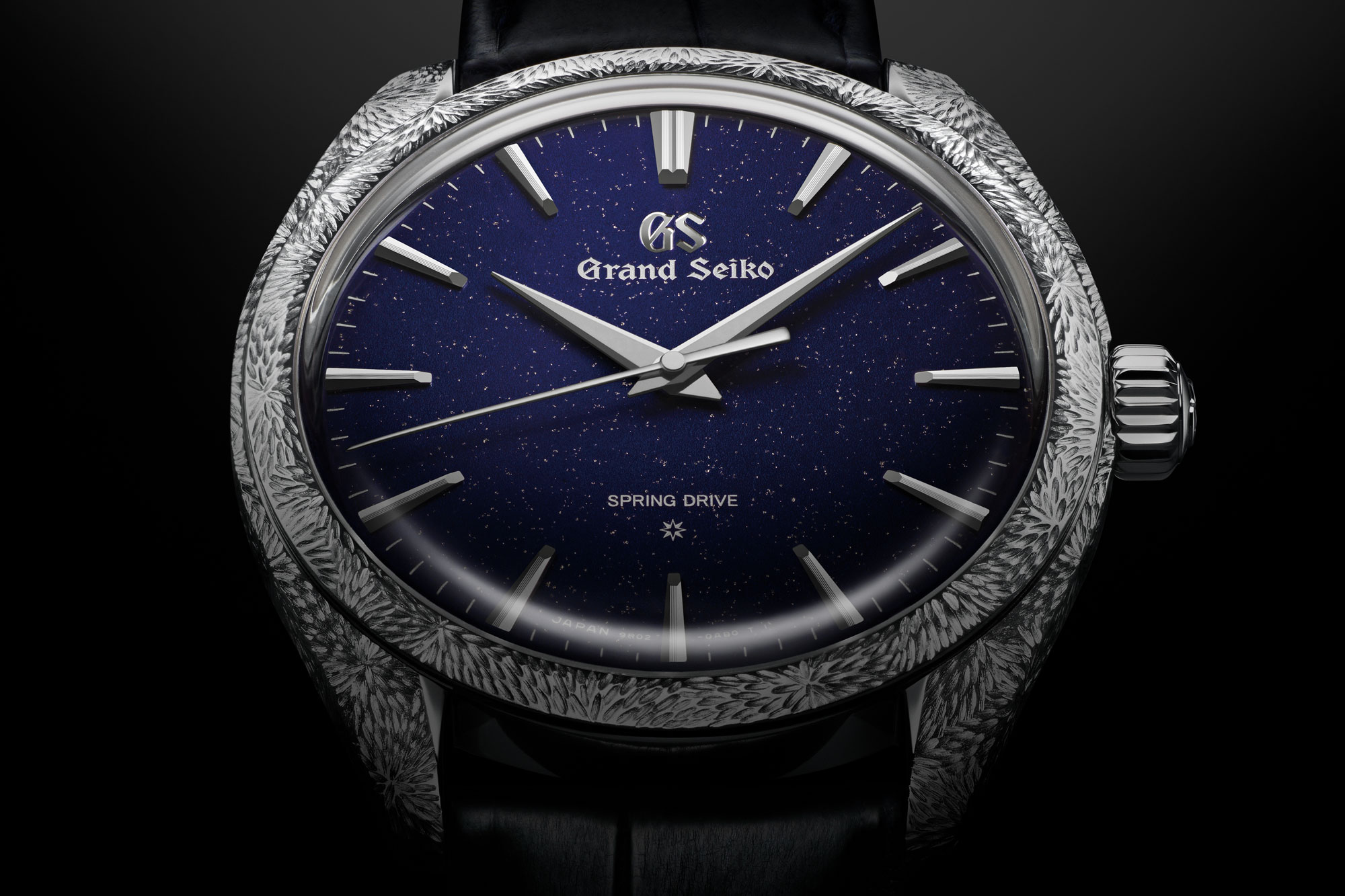 SBGZ007
The platinum 950 case is hand-engraved with a multi-directional pattern. 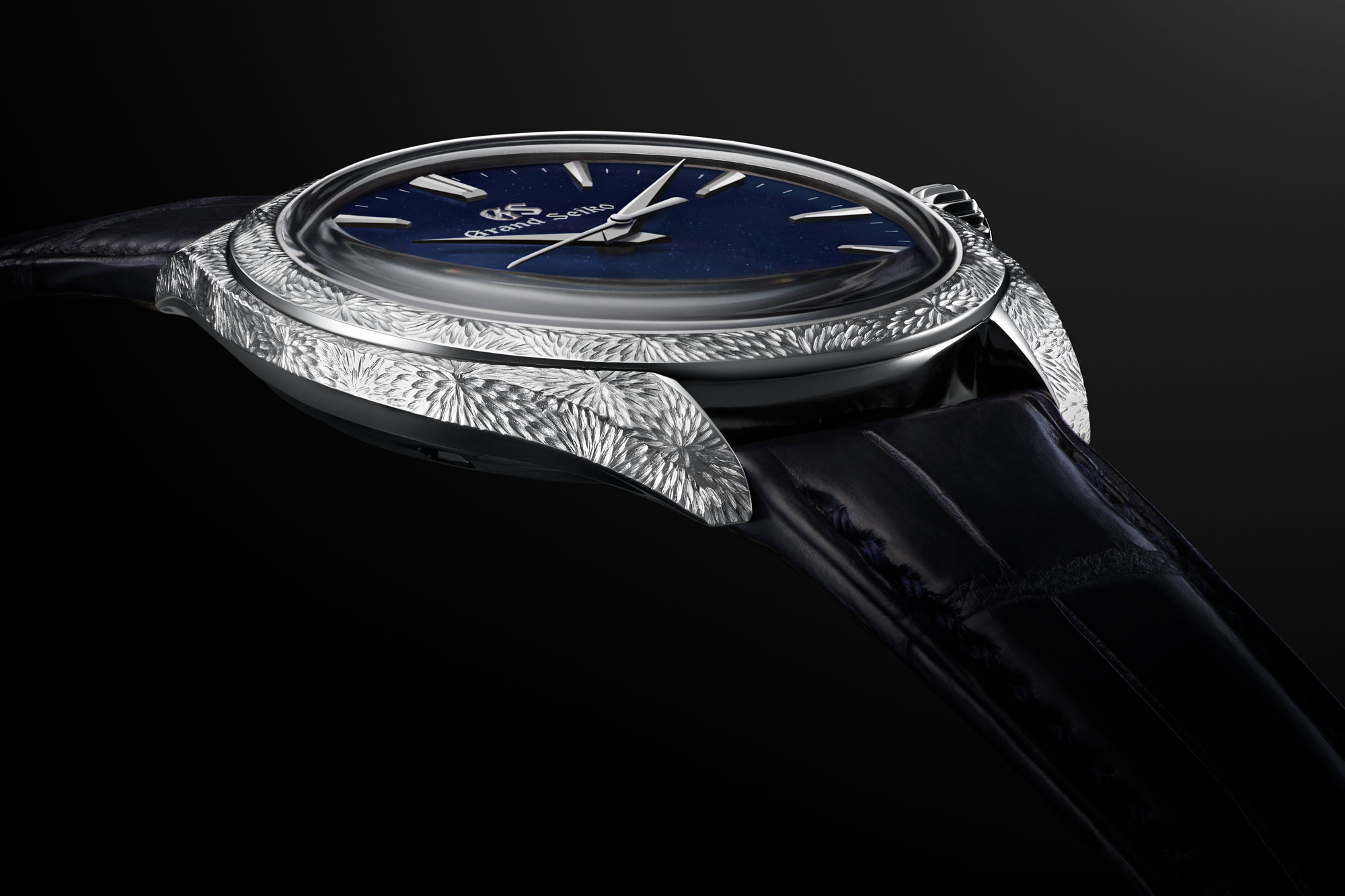 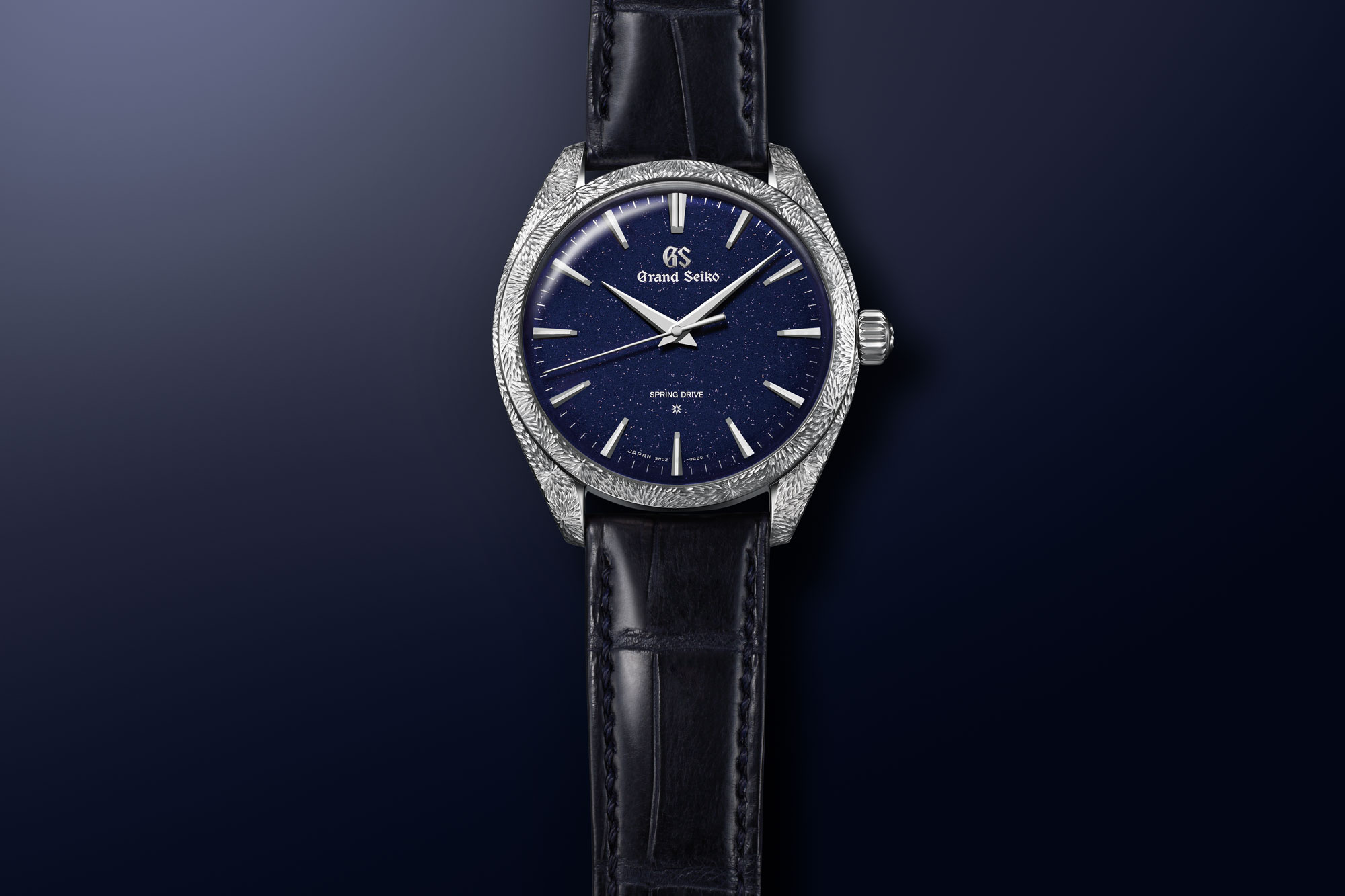